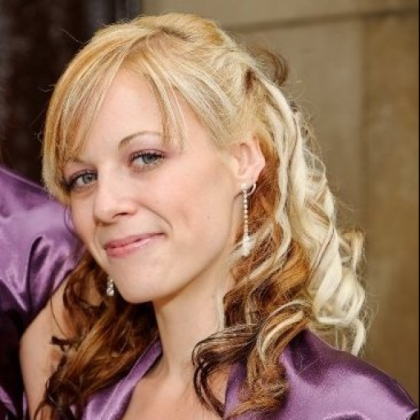 Jennifer responded to this soldier’s story with this reply:

"hi there, I just want to say to you that all these civilians that find it necessary to blindly judge you on the choices you have made in your life, have not been where you have been, or felt the fear of arriving somewhere like that and knowing there is no turning back. You took an oath and you stuck with your word and your beliefs/morals, and that’s a true man in my eyes. I am a 27yr old female and my sons father is in the Canadian military, my son was born in 07 and his father just met him over this past Xmas holiday, I went 4 years without any contact not knowing if he was dead or alive or what to tell our 4yr old son as to who and where his daddy is. Keeping in mind that in the beginning of his training I will be the first to admit i did not understand as to why he was doing what he was doing, and leaving his family, and most of all me, but as I in the last year obtained my own career in law enforcement I only now know why he chose to do what he did. Over the last week he has met his son for the first time, and every time we meet I look at him with such respect, admiration, and love for what he has done for our country and for civilians similar to the ones on your forum having no problem throwing in their opinion and disrespecting your courageous choices, but….you ask these such people to step up and do what you and others such as my sons father have done, and I can guarantee you that they would be terrified and refuse, and yet they can throw such judgment on those who have risked their own lives to save theirs. It sickens me. My sons fathers whole persona is so different from the last time I saw him in 07, and I only wish that I stuck at his side over the last 4 years instead of running based on my own fear of him making the wrong choice and “abandoning” us so to speak. He has told me stories similar to yours and i see the pain and fear in his eyes as he sits across the table from me holding our son for the first time, and my heart melts not only for him but for all of you. I still love him very very much but 4 years is a big gap to fill in two weeks holidays and he is off again. What I am trying to say is not everyone will understand why you guys are out there, and they may never will, but never forget that behind one uneducated close minded civilian, follows thousands that stand tall behind all of you and for what you stand for. The lack of respect from these people makes me wish we could take them and throw them out on the front line and see how fast they coward. The saying stands true “If you don’t stand behind our troops, feel free to stand in front of them.” I want to thank you from the bottom of my heart to you, my sons father, and all other brothers and sisters that stand together…thank you for risking your life for us, civilians, who actually care and respect what you are doing….and for the ignorant, mindless, self centered civilians such as those I have read on your forum…I will thank you for them….because one day they will see….and they to will be educated when situations such as the ones in  Iraq come knocking at their door.  They will be begging for superior, courageous, selfless, soldiers..MEN..such as yourself and my sons father. And Kudos to you for replying to these negative comments in such a calm, mature, respectful manner, once again in my opinion you are demonstrating the difference between a MAN and a man-child, is what we call them here

God bless to you and your family and friends ."

Wounded soldier down!
The very air crackles about him,
The moment is charged with alarm.
Fallen is Babylon.
Fallen, too, the Savior.
Man at war within himself,
His livery undeclared.

Wounded soldier down!
Two armies meet in one field of battle.
Only one shall rise again.
Victory is at hand.
Only one has paid the price.

Wounded soldier down!
Unseen forces join the fray.
The smell of fear draws the demonic.
Hell combats hope and the holy,
Raising doubts by telling lies.

Wounded soldier down!
Dragged by the heels,
Through the mire of memory.
Sin gnashes its teeth.
The enemy assails a child of God.

Wounded soldier down!
Prayer cries out before the throne of God.
There were days in which he’d prayed.
And there was selfless love.
Sprinkled as holy water.
Father forgive him,
Though he knew little of Me.

Wounded soldier down!
A moment of Truth
Before One God,
How will you now?
Choose your livery.
Be you a son to Me?
I won the battle long ago,
Fighting now for you alone.

Wounded soldier down!
Angelic encampments
Muster to the call.
Hell is engaged,
As son you choose to be.

Wounded soldier down!
Life leaves you on that plain.
Bereft of breath.
Like a child,
Lifted heavenward,
On wings of the holy,
To your Sabbath rest.