Michael Clancy took this amazing photograph. Slide show like no other.

As a photojournalist, my job is to tell stories through pictures. The experience of taking this photograph has had a profound effect on me, and I’m proud to share this moment with you.

President Obama’s power-grabbing Environmental Protection Agency is now getting the public to propagandize their propaganda for them. The EPA  announced a contest to make videos explaining how good their laws are for us freedom loving people.  The EPA wants us to flood YouTube with government regulation-loving  “propaganda” that federal regulations are “good for us”.  Sounds like vitamins, but it’s just more mind pollution. The EPA gets a big bang for their buck; the winner gets $2, 500 and all the rest of the contributors speading their message get squat.  This is actually a low budget expenditure as government programs go.

“Regulations have the power of law. Breaking them can result in fines and even jail time. Regulations outnumber Congressional statutes. For every statute passed by Congress and signed into law by the President, federal agencies create about 10 regulations, each of which have the force of law.”

“The nine most terrifying words in the English language are, ‘I’m from the government and I’m here to help’.” Ronald Reagan

I resurrected this Charles Krauthammer article because it is a must read in these days of White House misdirection, betrayal and double speak.

What’s the issue? No “natural growth” means strangling to death the thriving towns close to the 1949 armistice line, many of them suburbs of Jerusalem, that every negotiation over the past decade has envisioned Israel retaining. It means no increase in population. Which means no babies. Or if you have babies, no housing for them — not even within the existing town boundaries. Which means for every child born, someone has to move out. No community can survive like that. The obvious objective is to undermine and destroy these towns — even before negotiations.

To what end? Over the past decade, the U.S. government has understood that any final peace treaty would involve Israel retaining some of the close-in settlements — and compensating the Palestinians accordingly with land from within Israel itself.

That was envisioned in the Clinton plan in the Camp David negotiations in 2000, and again at Taba in 2001. After all, why expel people from their homes and turn their towns to rubble when, instead, Arabs and Jews can stay in their homes if the 1949 armistice line is shifted slightly into the Palestinian side to capture the major close-in Jewish settlements, and then shifted into Israeli territory to capture Israeli land to give to the Palestinians?

This idea is not only logical, not only accepted by both Democratic and Republican administrations for the past decade, but was agreed to in writing in the letters of understanding exchanged between Israel and the United States in 2004 — and subsequently overwhelmingly endorsed by a concurrent resolution of Congress.

Yet the Obama State Department has repeatedly refused to endorse these agreements or even say it will honor them. This from a president who piously insists that all parties to the conflict honor previous obligations. And who now expects Israel to accept new American assurances in return for concrete and irreversible Israeli concessions, when he himself has just cynically discarded past American assurances.

Update-Yad Vashem – What’s in a Name

I was reminded of a piece I wrote, God Remembers Their Names on the occasion of Pope Benedict XVI speaking at Yad Vashem Holocaust Museum and then I came upon this : A Hand and a Name by Renee Ghert-Zand. 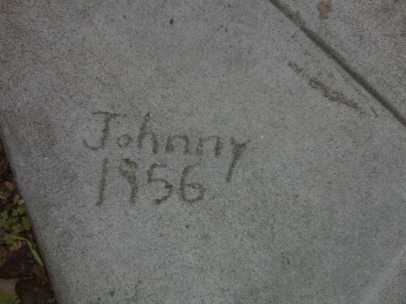 “How ironic it is that celebrities, who live increasingly public lives, would metaphorically die to have their names and handprints immortalized in concrete, while the victims of the Holocaust would have done anything to have been able to live out their natural lives in obscurity, their names never appearing on one of countless Nazi extermination lists recovered and now housed forever at Yad VaShem.”