The sleep of angels!

Christian came to bed last night, laughing after his nightly check of the kids. (He frequently comes to bed laughing after his nightly check, actually.) “Why can’t our kids sleep normal?” he said. “Alex is pretzeled in his covers and you can’t get them out from under him, Julianna sleeps on top of the covers, Nicholas sleeps sideways and has random body parts sticking out, and Michael refuses to have his arms inside.”

We got a laugh out of it, but I have to add that two of them also fell out  of bed overnight. We’ll chalk it up to being over-tired.

For your entertainment, here’s a collection of “sleep” moments I’ve shared over the past few years. Enjoy! 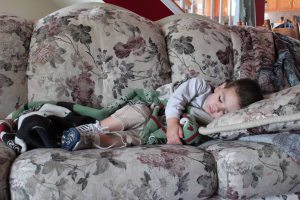 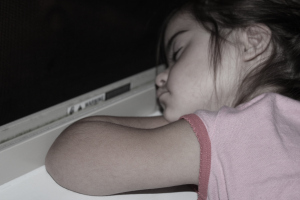 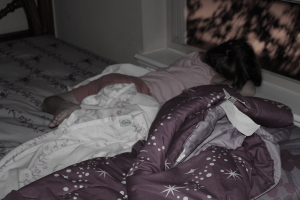 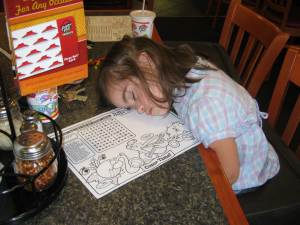 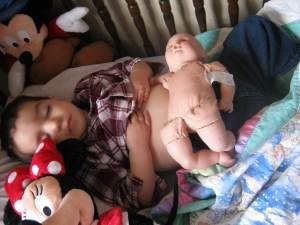 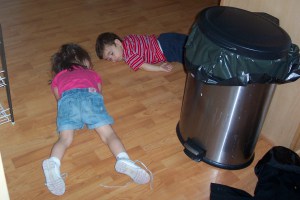 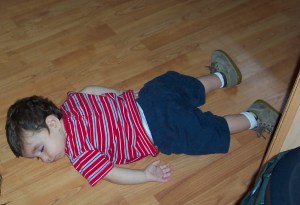 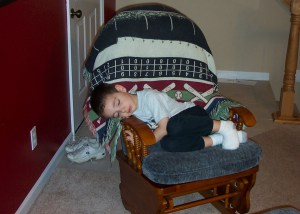 .@timothy_stanley: Here's my speech on #abortion that an Oxford mob doesn’t want you to hear http://t.co/ea3wbKdl1e pic.twitter.com/2FI2FoavWl

“This is the text of a speech that was due to be given at Christ Church college yesterday. The speech was not delivered following protests by the Oxford University Student Union Women’s Campaign.

I’m not here tonight to debate whether or not abortion should be legal – so if anyone wants to ask what should be done about abortion in cases of incest or rape please don’t waste your time. Most people accept that abortion is in certain circumstances a tragic necessity and is here to stay. No, I’m here to debate this specific motion – whether or not the abortion culture harms Britain.

I define the abortion culture as a culture in which abortion is used so often that it begins to look like it’s being treated as a regular form of contraception (which the numbers suggest) and in which there is a widespread view that it is a right, carries no risks and in fact represents some kind of liberation for the women for whom it is available. In an abortion culture, it would be controversial to near-impossible to debate the this of terminating a pregnancy – and the attempts to close down this reasonable discussion suggestions that such a culture exists.

But I think that the abortion culture actually makes certain injustices in our society worse. And anyone who truly cares about the freedom and rights of women – and that is all of us – has to be prepared to look again at the evidence of what abortion on demand does to us. And how silence on its effects harms certain minority groups.

First, the numbers. The abortion statistics for 2013 tell a

END_OF_DOCUMENT_TOKEN_TO_BE_REPLACED

“Modern day slavery in Britain is being fueled by cannabis farms

Teenagers who start smoking cannabis daily before the age of 17 are seven times more likely to commit suicide, a study has found.

According to the paper, published in the Lancet Psychiatry journal, youths who smoke marijuana on a daily basis are also 60% less likely to finish high school.

They examined the connections between the frequency of cannabis use before age 17 – ranging from never to daily – and seven developmental outcomes assessed up to age 30, including frequency of suicide attempts, high-school completion and attainment of university degree by age 25.

“The number of participants varied by outcome (from 2,537 to 3,765 participants). We chose the outcomes on the basis of previous research that established a link between a given outcome and cannabis use.”

“Although the effects were greatest for the daily users, there were also notable effects at the lower frequencies of cannabis use as well”

The findings showed a link between a considerable use of cannabis and a high risk of suicide as well as poor educational outcomes.

Researchers also found that teenagers who use cannabis very often are at an eight times greater risk of using other illegal drugs in their twenties, and they can also develop an addiction to marijuana.

“What we found is that although the effects were greatest for the daily users, there were also notable effects at the lower frequencies of cannabis use as well,” said study lead author Edmund Silins.

“The findings are timely given movement in some states in the US and Latin America to decriminalise marijuana, and there is also a movement there in Australia to decriminalise and legalise the drug for medicinal use,” he continued.

“Because our study has shown the potential harms of adolescent use, particularly heavy use, policy makers must be aware of this and reform efforts should be carefully considered to protect against this.

“We can’t say what would happen if people were able to access the drug for medical use but I would say those products would have to be heavily tested and regulated to ensure it didn’t make it easier for teenagers to access the drug.”